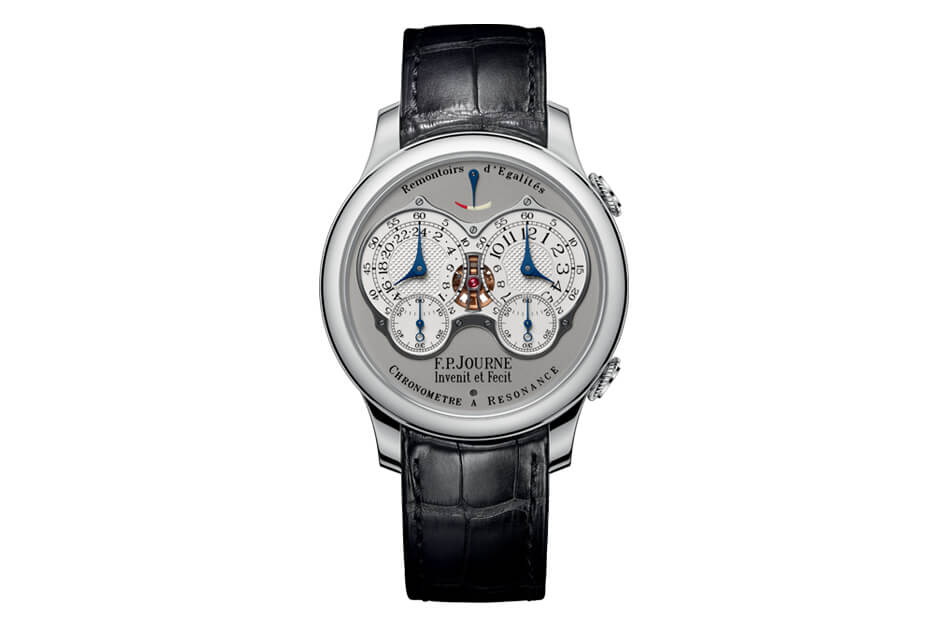 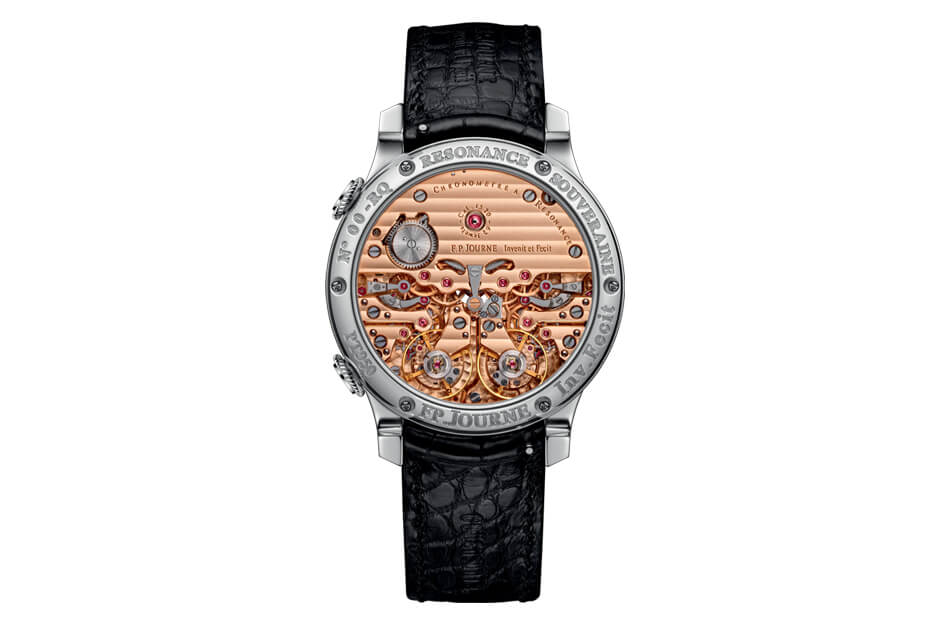 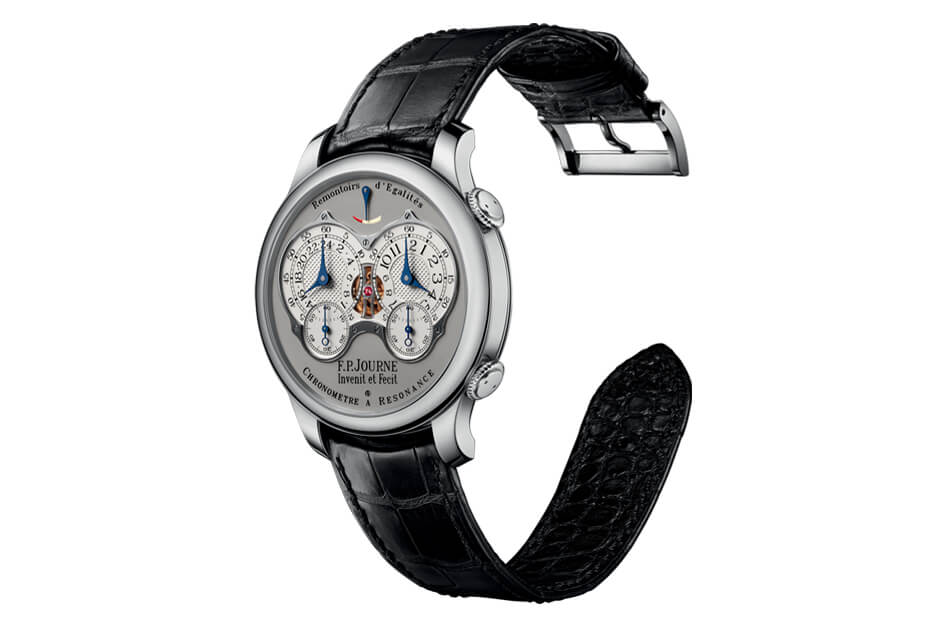 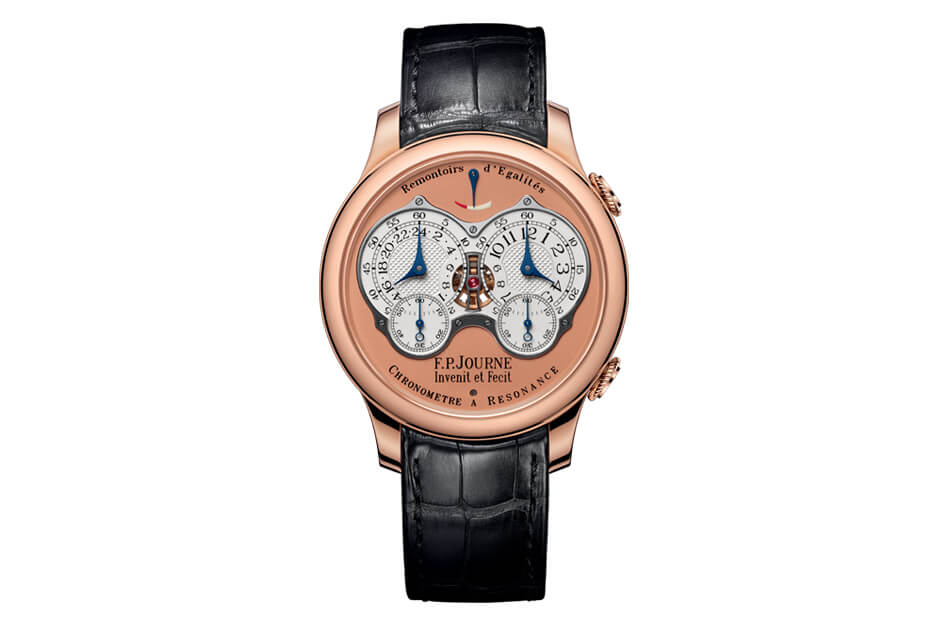 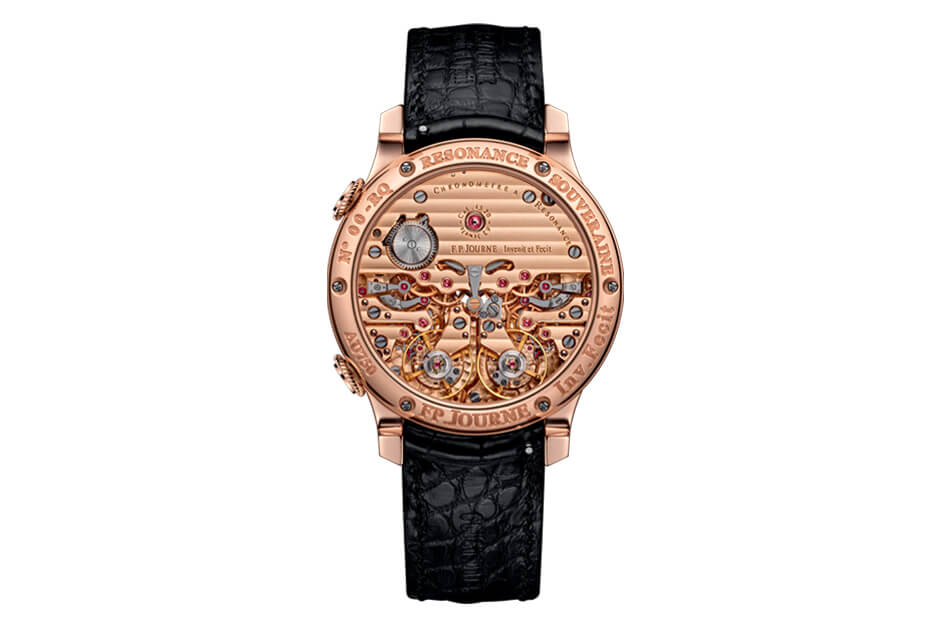 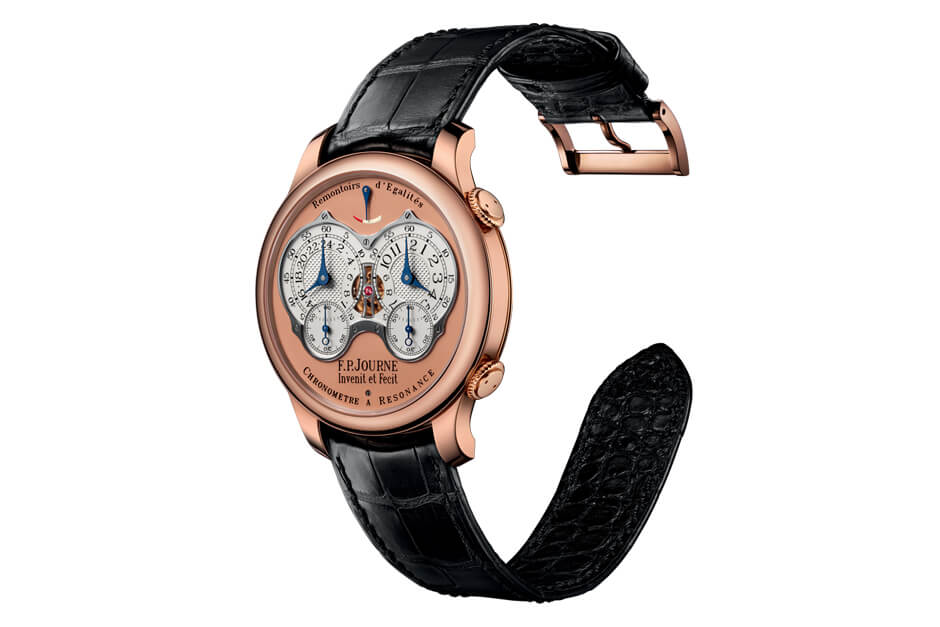 The first observations pertaining to the natural resonance phenomenon were made by 17th century Dutch scientist Christiaan Huygens, followed by 18th century horologists Antide Janvier and Abraham-Louis Breguet, who developed timepieces based upon this principle. Since then, François-Paul Journe presented his first Résonance wristwatch in 2000, it was baptized Résonance under the patented brand name Résonance®.

The F.P.Journe Chronomètre à Résonance is the only wristwatch in the world that utilizes the natural physical phenomenon of resonance without any mechanical transmission, previously known as double pendulum or double balance.

"The new Chronomètre à Résonance has only one single barrel spring to provide power for the two movements. A differential placed on the first wheel, visible in the centre of the dial, transmits, independently, the energy of the barrel spring towards the two secondary gear trains. Each secondary gear train is equipped with a Remontoir d’Egalité of a frequency of 1 second. Working in such a way, the force received by the escapements remains linear and assures isochronism throughout 28 hours."

The Chronomètre à Résonance features a redesigned case with a crown now placed at 2 o’clock easing the winding of the watch in position 0 and the time setting in position 2, clockwise for the left dial and anti-clockwise for the right dial. The pulling of the crown at 4 o’clock simultaneously resets both seconds.

On the movement side, 2 «Remontoirs d’Égalités» (constant-force device) provide a linear force to each of the two balance springs to remain isochronous during 28 hours.

This model is available with a case in Platinum or in 18K 6N Gold in 40 or 42 mm diameter. The dial is proposed in white Gold or 6N Gold with 2 hour subdials in whitened Silver Guilloché clous de Paris. Leather strap or Platinum or 18K 6N Gold bracelet. For more information, please click here.