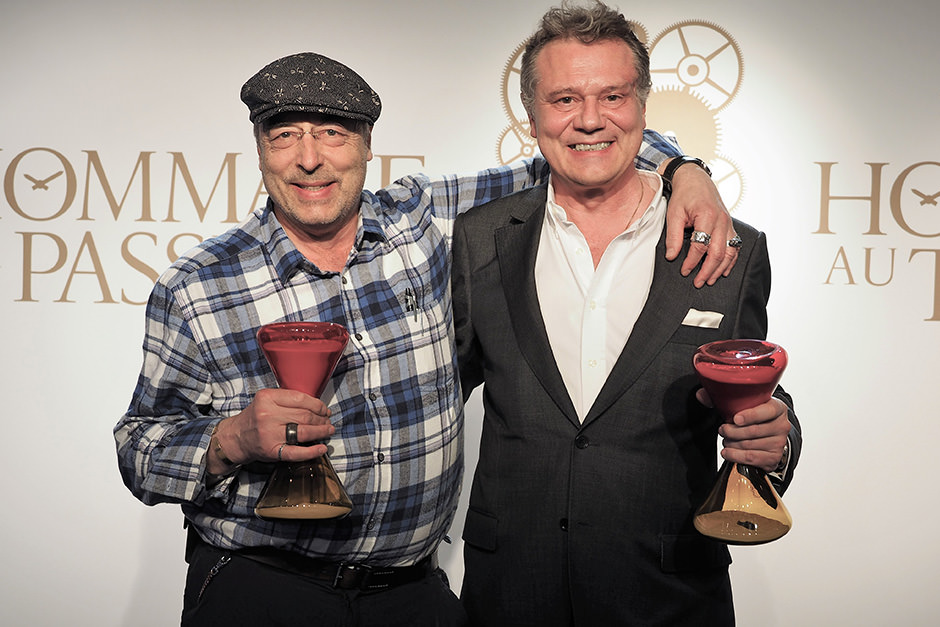 Each year, the Fondation de la Haute Horlogerie distinguishes two personalities whose style and expertise have made an imprint on watchmaking. Without talent, without passion, Fine Watchmaking would doubtless be just another field of micromechanics with its own set of rules, evolving alongside developments in science and techniques. It is, of course, more than that. A timepiece will elicit the emotions only when produced with creativity, innovation and art, all of which thrive on talent and passion.

This Thursday March 30th 2017, at the Cité du Temps in Geneva, the « Hommage au Talent » prize was presented to François-Paul Journe, an expert in restoration who has mastered watchmaking's many facets and established his Manufacture in Geneva in 1999. His first collection, signed with his name followed by the label "Invenit et Fecit", an inscription borrowed from Jean-Antoine Lépine, immediately made its mark. Presented as a contemporary tribute to the landmark developments in horological science, François-Paul Journe’s watches are also indicative of a creative mind, and it is this creativity that has established him as one of the precursors of watchmaking's new guard.

In thirty years, François-Paul Journe has received an array of honours and awards. Recipient of the Prix Gaïa for best watchmaker, Chevalier des Arts et des Lettres and 6 awards at the grand Prix d’Horlogerie of Geneva, from which 3 Golden Hands, this award comes as renewed recognition of his exceptional talent by an independent jury, under the aegis of the FHH Cultural Council.

The second award “Hommage à la Passion” was presented to Ludwig Oechslin, erudite horological constructor and author of extraordinary astronomical watches. F.P.Journe owes him the magnificent restoration of the magisterial clock by C.L. Detouche that stands at the entrance of the Geneva Manufacture while he was Director of the International Museum in La Chaux De Fonds.