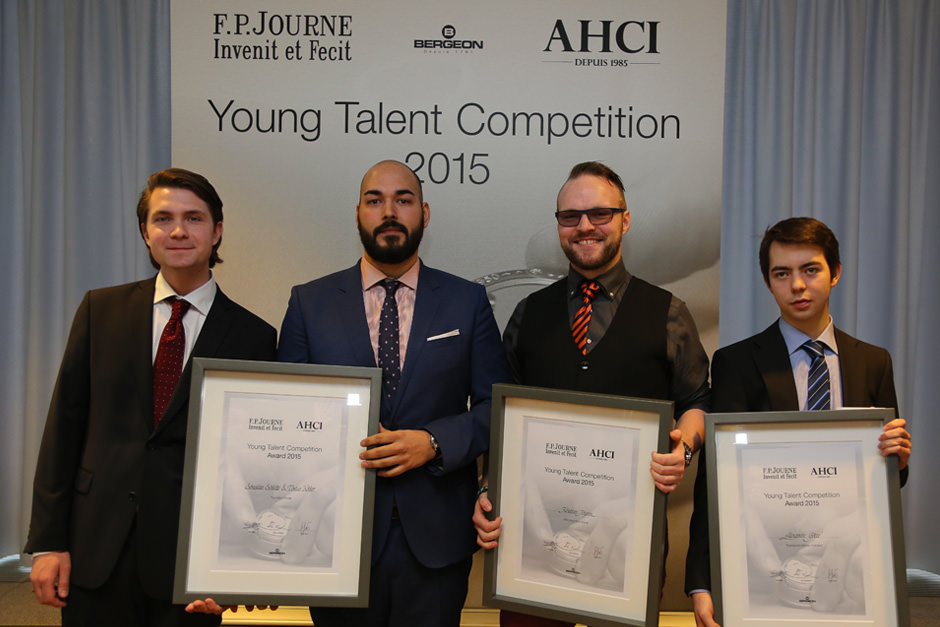 The AHCI (Watch Academy of Independent Creators) was founded in 1985 and celebrate its 30th Anniversary. The aim of the AHCI is to perpetuate the art of independent horology and support outstanding independent watch craftsmen who reinvent the future of watchmaking. The AHCI also allows apprentices and young watchmakers to show their creations and reveal their talent by taking part in the “Young Talent Competition”.

François-Paul Journe is a member of the AHCI since 1987. F.P.Journe supports the AHCI and for the first time sponsors the “Young Talent Competition”. 33 watchmakers and members of the AHCI evaluated the most remarkable watch creations from these young talents. The selection criteria were based on technical achievement, complexity, design and aesthetics.

The winners of the Young Talent Competition have been awarded yesterday Thursday 19 March by F.P.Journe and the AHCI.

The 2015 winners have each received a diploma and a CHF 3,000 grant from Bergeon SA, which will allow them to purchase watchmaking tools. They will have the privilege of presenting their creation at the AHCI booth alongside renowned members of the Academy, and will be able to exhibit their creations at international shows with the AHCI.